Check out some excerpts from my current screenplay projects below…

When hapless Justin’s first sexual encounter leads to a teen pregnancy, he’s forced to choose what kind of man he really wants to become.

The mob’s best hitman is hired to kill the boss’s daughter – by the boss.

Failing circus entertainer Martin finally gets the chance to learn from the best – his mother, once a fairground legend, now an escaped serial killer… 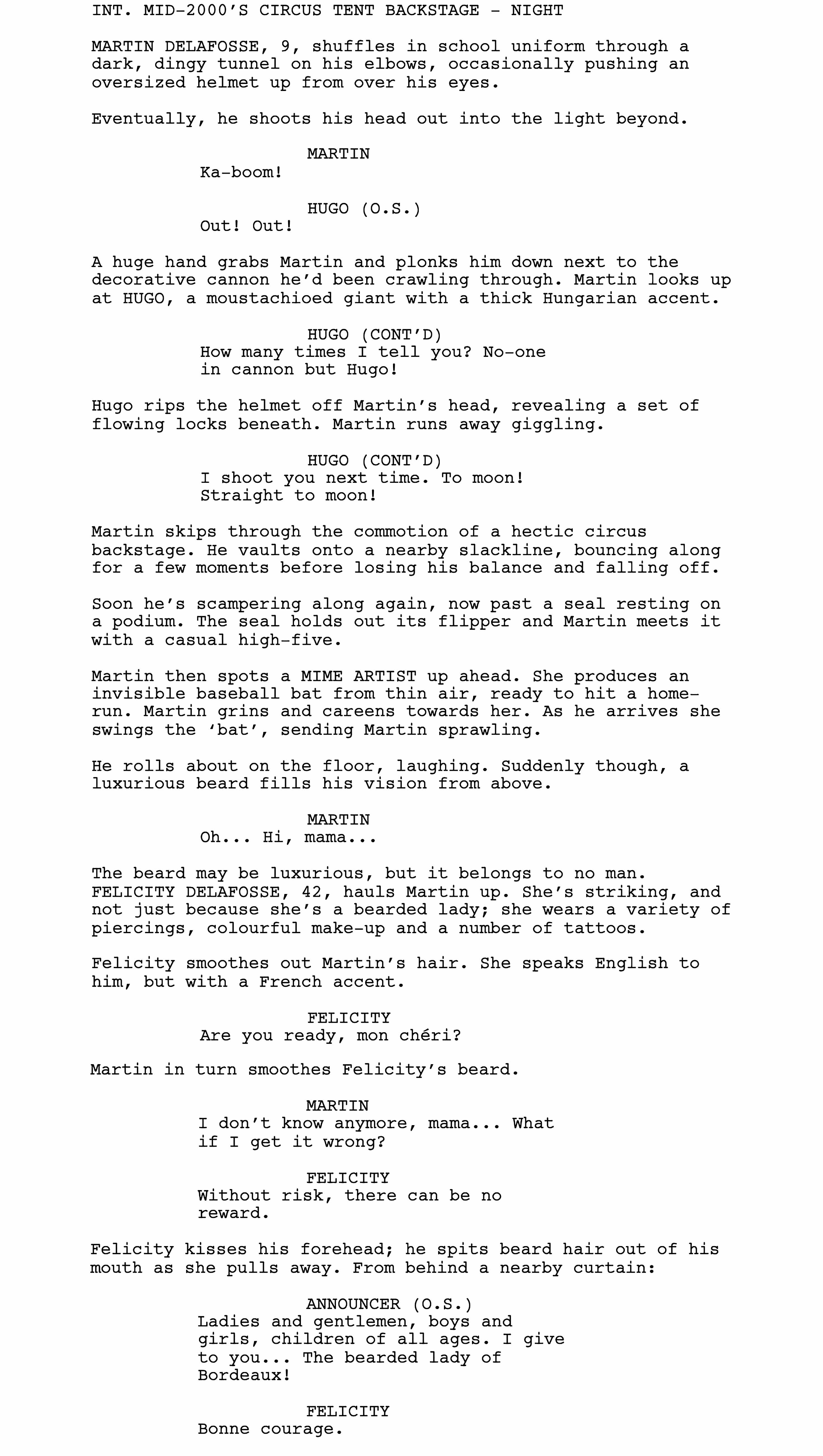 A blundering murderer drags a body halfway across London’s tube network in a tattered old suitcase. 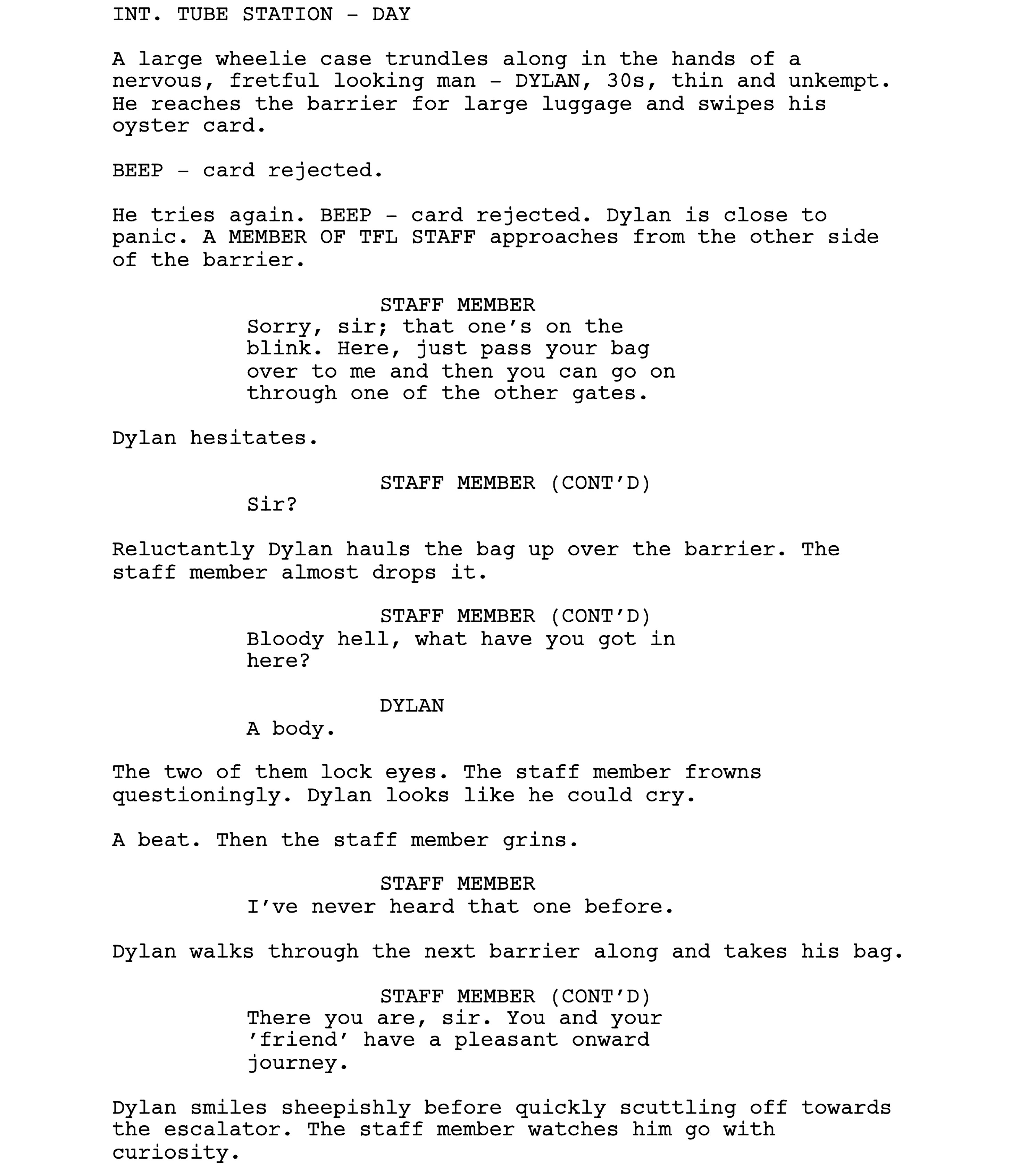 If you’d like to read more, please email contact@gregsimmons.co.uk